IS GENDER EQUALITY A FARCE? 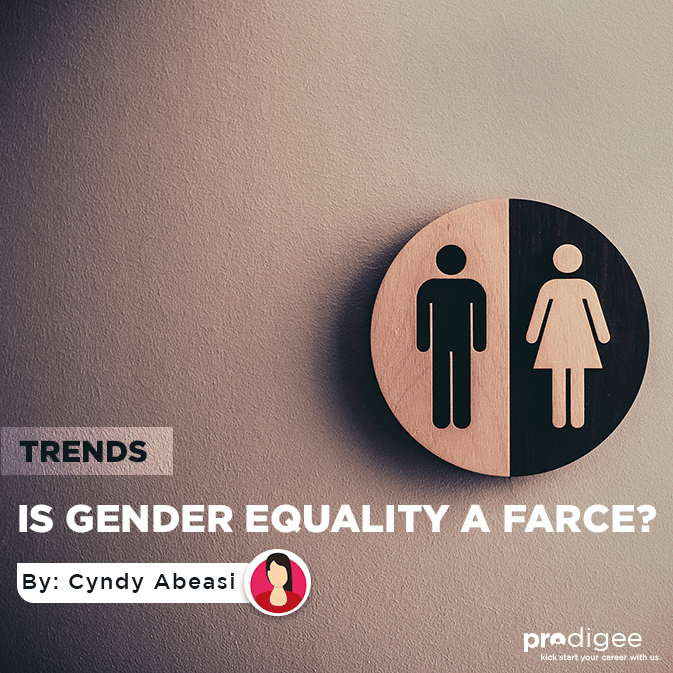 IS GENDER EQUALITY A FARCE?

It was not until a few decades ago that the channeling of gender equality
became so prevalent. This sensitive issue of equality has dominated media spaces,
the education system and has caused the strengthening of feminism to empower
women as they have since time past been seen as the weaker vessel and victimized
of equal rights. It has arisen many concerns among organizations both locally and
internationally. The goal 5 of the United Nations sustainable development goals
(SDGs) is to achieve gender equality and empower all women and girls.
The question to ask however in the first place is, what is gender equality all
about? According to the Victorian government, gender equality is when people of
all genders have equal rights, responsibilities and opportunities. If this definition is
anything to write home about then gender equality is not only a fundamental right
but the foundation for a peaceful and sustainable environment.
The challenge with this gender equality however, is that the empowerment
has only been one sided. While that is understandable as women have been the
most victimized for a long time coming, it is not ideal to take the men out of this
empowerment. Gender inequality affects everyone and men have their own share
in this. We forget that the emphasis is on the word “equality” so then, why
dominate the agenda with one and leave the other. It would not therefore be untrue
if one said gender equality was a farce since the whole point is not driven home.
As we hold placards up on the streets chanting “send your girl child to
school”, let’s not forget to equally chant, and “bring back the boy child”. This
equality is gender based, it is time we struck the balance.

Cyndy Ohenewaa Abeasi is an aspiring Lawyer and humanitarian, @ KNUST ambassador for prodigee, who believes in the synergy of team spirit, is excited about life and open to trying new things.